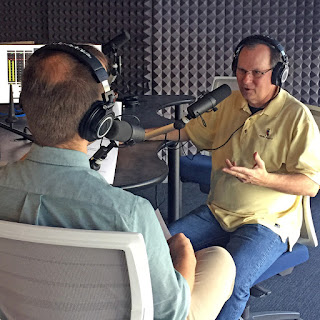 Catch my interview on ERAU's TALON TALKS
Posted by Wes Oleszewski at 11:15 AM No comments: 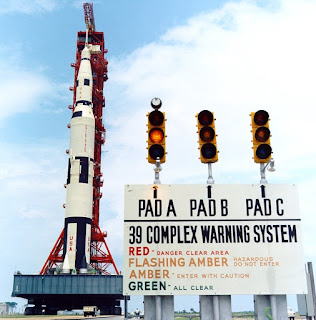 Apollo 11 fever is spreading and along with it are tons of images of what many think is the most photogenic of the Saturn V vehicles. Its image is being replicated on T-shirts and space packages and anywhere else that the newborn space hucksters can find a use for it. Most of them have no idea as to which Saturn V it actually is… it just looks cool. And that whim is hard for any space buff to argue.

As with all of their Saturn boosters, the von Braun team tested the Saturn V in stages using assorted full-scale dummy Saturn V vehicle components. One of those, seen in this plan, was vehicle 500-F, the “F” standing for “Facilities” checkout. 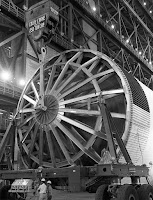 Vehicle 500-F was never intended to fly, instead it had a more critical role to play. This complete Saturn V was set to test all of the systems and connections that would be required for the flight vehicles. It would test the assembly techniques and tools in the VAB, prove the Mobile Launch System could work, test the fuel and electrical connections at Pad 39A and most importantly, allow systems to fail. The idea was that if you were going to have a system failure, let it happen to this vehicle, and not the flight vehicles.


On May 25, 1966 the first fully stacked Saturn V, vehicle 500-F, rolled out of the VAB perched upon a freshly painted brand new Mobile Launcher.

Considering the significance of this event, it is no wonder that vehicle 500-F was one of the most photographed of the Saturn rockets. Both NASA and the news media had an army of photographers on hand to capture the event. NASA maintained their photographic army during the entire 500-F test run, and the vehicle seems to show up on every post card and NASA publication to this day.

500-F can always be identified by its paint scheme. No other Saturn V carried this paint scheme out of the VAB. The “T” shaped black stripes on the S-IC stage are what instantly tells the space buff that they are looking at an image of 500-F.


This paint scheme, however, was dropped from later Saturn V vehicles. The reasons were that the black colored band around the interstage area, which is where the LOX tank and RP-1 tanks were the closest together, readily soaked up the Florida sun and caused the open space to become so hot that some of the sensors in the area failed or gave incorrect data. Additionally, the heat made it dangerous for pad technicians to work inside that space. Unfortunately, the S-IC stages for Apollos 4 through 10 had already been assembled and painted with the black band “T” roll pattern. The stages for Apollos 4, 6, and 8 had to be repainted in the VAB to have the “T” pattern around the interstage whitened out. Apollos 9 and 10 had theirs repainted before being barged to KSC. All of the others had their interstage painted white prior to assembly.

The 500-F tests also allowed the Mobile Service Structure to be placed around a Saturn V launch vehicle for the first time. When you look at this image, you can see the importance of the 500-F test. Everything had to fit, and 500-F made sure that everything did indeed fit. Interestingly, although 500-F had been mounted on Pad 39A on May 25, it stood there alone with the LUT for more than two months. The Mobile Service Structure didn't get its first ever crawler lift and ride to the pad until July 20, 1966! 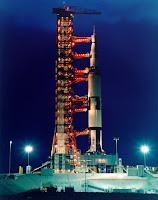 Of course the best thing about 500-F was that it left us with some really cool pictures to admire.

Yet the real purpose was to check fittings and systems. 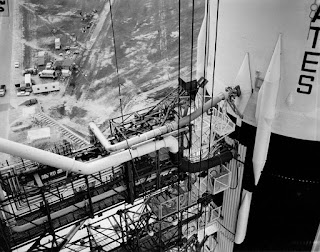 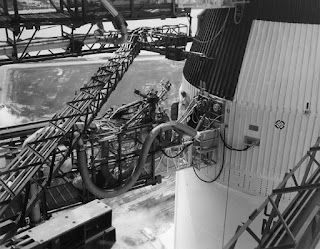 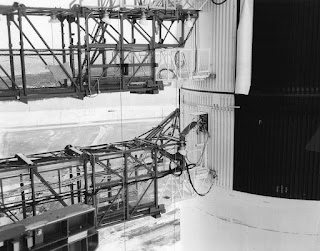 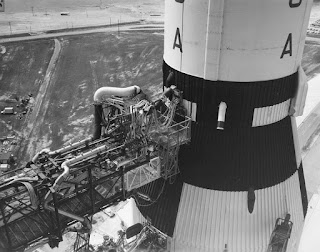 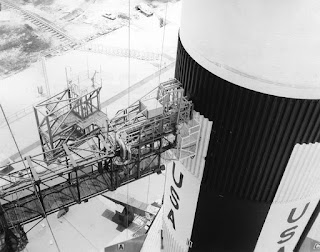 What many space buffs do not know is that the S-IC-F first stage of 500-F only had one F-1 engine, and that was a mockup. In the place of the other four F-1s were four “mass simulators” which were simply dead weights with the same mass as an F-1 engine. Although the S-II-F had been constructed with J-2 engines, it too was switched to five mass simulators before being stacked as a part of vehicle 500-F. Interestingly, S-IVB-F first arrived at KSC on June 30, 1965 and was used for facilities checkout on Launch Complex 34. S-IVB-F never had an engine or mass simulator installed. 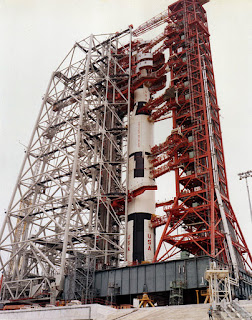 Each and every component that made up the Saturn V launch system had, until this point, been simply drawings on paper on the desks of thousands of engineers around the country. This was the first time that they had all been physically put together.

500-F even provided for an unexpected test of emergency procedures when Hurricane Alma came blowing past the Cape. In a test under actual conditions, the vehicle was removed from the pad and returned to the protection of the VAB. At 1:00 pm on June 8, 1966 the order was given to move 500-F back into the shelter of the VAB. It took three hours to unplug and detach everything and the crawler began to move the stack at 5:33 pm.  By 11:43 pm the trip was successfully completed in driving rain and winds of up to 65 miles per hour. 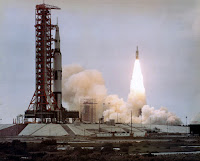 Although 500-F provided critical systems data that was key in the success of the flight versions of the Saturn V, it continued to provide really cool photo opportunities. In this one we see an Air Force Titan III launch. 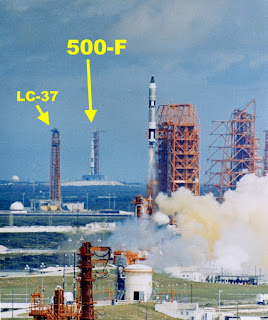 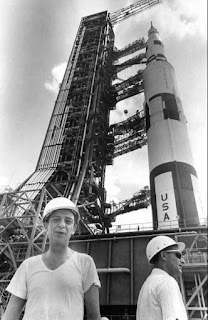 And in this one Don Knotts poses in front of 500-F which was his costar in the movie “The Reluctant Astronaut.” That movie, which was Knott’s own concept inspired by a mild fear of flying that he had developed in the mid 196os but overcame some years later. He was on an airliner fearful of every bump when he picked up a newspaper and began to read a story about an astronaut. “What if there was an astronaut who was afraid of heights?” he thought- and the “Reluctant Astronaut” concept was born. They were given 23 days by the studio to shoot the entire movie- and did so. Along the way they asked NASA if the crew could shoot at Houston’s Manned Space Center and Kennedy Space Center expecting to be turned down. Instead, NASA opened the doors and let them shoot where ever they wanted! They even shot on the mobile launcher for vehicle 500-F. 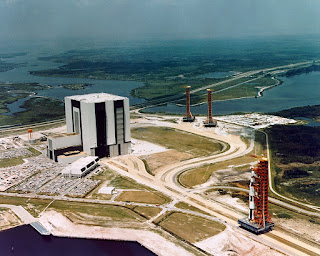 On October 14, 1966 vehicle 500-F was rolled back to the VAB from Launch Complex 39A and de-stacking of the stage was completed seven days later. The S-IC-F stage was then barged back to MSFC Huntsville- I’ve uncovered no firm record of its end. The S-II-F stage was transferred to MSFC Huntsville and in June 1969 and it was given five J-2 engines and made into a display. Eventually it became a part of MSFC’s horizontal Saturn V and was declared a national landmark. Likewise, at the same period in time S-IVB-F was also placed as a part of that display.