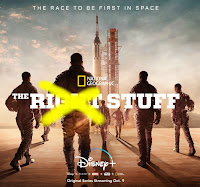 Watching Disney Plus and Nat. Geo.’s new “The Right Stuff” TV program I saw that the show has a propensity to present the wrong stuff and ignore some of the people who actually had the right stuff. 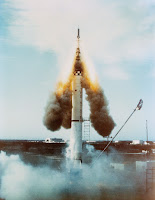 In the episode that was broadcast in the final week of October, 2020 the small bit of story line that actually involved spaceflight was centered around the Mercury Redstone (MR-1) chuff. For those of you who are not readily familiar with MR-1 it was actually two different Redstones and a single Mercury capsule. After the first attempt failed to fully launch the Redstone, that specific booster was replaced with a new one. You will probably remember the video images of the first MR-1 Redstone igniting, then immediately shutting down followed by the escape tower firing and leaving the capsule behind, followed by the spacecraft parachute popping out of the nose and deploying. The date was November 21st, 1960. It was one of NASA’s more embarrassing moments. 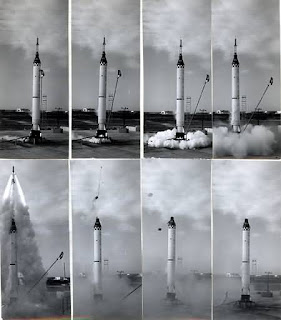 I’ll set aside the fact that the TV show writers get the continuity totally screwed up as they go on to show John Glenn trying without luck to get the ear of “Senator John F. Kennedy” after the MR-1, as well as the New Year’s celebration welcoming in “1960” implying that MR-1 had taken place in 1959. In fact JFK had been elected President on November 8th, 1960 and thus was the President Elect for 18 days before the MR-1 chuff.

Hey, what difference does it make? Who’s gonna notice that sort of stuff?

Where they really went into the wrong stuff is by, not only over dramatizing the question as to if or not a 30.06 rifle should be used to put a hole in the booster, which was on the pad and over pressurizing. Of course Flight Director Chris Kraft did not drive a jeep like a madman out to the pad and tackle technician who was headed toward the Redstone with the rifle. The decision not to do that was made over the intercom system between Mercury Control and the blockhouse. Kraft never left Mercury Control, it was too dangerous and he was actually more level headed than that. 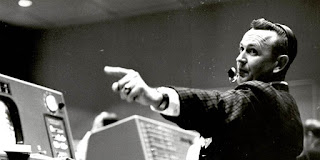 Thereafter is when some of the true Right Stuff, that the writes ignore, took place out at the pad.

The problem was that the Redstone booster was over pressurizing its LOX tank. That cryogenic fluid was trying to boil and nearly all of the vents were closed for the boost. One relief vent, however, was indeed dumping some GOX, but it not even close to being enough. To complicate the situation relays and switches inside the Mercury spacecraft were now set for the vehicle to be in space. When the escape tower jettisoned it activated a relay within the spacecraft that energized the bus which put the .05G switch as well as the Automatic Stabilization and Control System online. With that system on line and the RETRO ATT switch in "AUTO" the retro rockets could be fired, or with the .05G switch ready and waiting for a g-load so it could do its job, the whole retro package could be triggered to jettison. Any of that in the the resulting huge cloud of LOX would cause a monstrous explosion. The fact that the capsule’s parachute was hanging beside the booster also gave the concern that a stiff wind may come up, catch the chute and pull the vehicle over- also resulting in an explosion. What they had on hand at that moment was a fully fueled and armed rocket with no connection to the ground, so there was no ground control actions that could safe the systems. There was only one course of action; do nothing.

It was decided by Mercury control to simply wait until the batteries aboard the Mercury Redstone ran down. That alone would take nearly 24 hours, and no one was absolutely sure exactly if that was enough time. In the blockhouse at Launch Complex 5 it was also decided that the technicians there could leave in single carloads, each being a safe distance from one another. The following morning Group Chief Albert Zeiler, who was part of von Braun’s German rocket team, technicians Ed Fannin and Jay Campbell ventured out to Pad 5 and showed that they had the Right Stuff.

Zeiler, using his launch vehicle savvy that dated all the way back to the V2 days, walked gingerly around the launch pedestal and made a visual inspection. The vehicle had settled down onto the launch ring but was not exactly centered upon it.

Additionally there were some stress creases in the load bearing structure of the booster. Fannin joined him and they mulled over what to do next. Both the fuel tank and LOX tank were still quite full. Thankfully, one of the pad safety men had also arrived and began cutting the parachute shrouds one by one to ensure that the winds would not inflate the chute and topple the vehicle. Zeiler concluded that they must drain the LOX. It was the only way to turn this huge bomb into a relatively smaller bomb. 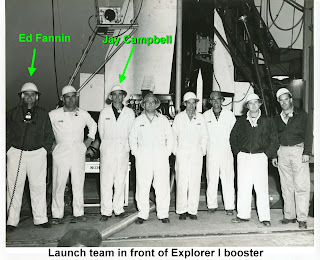 Now the most steely-eyed missile man of them all volunteered to do what only those with the actual right stuff would be willing to do. Jay Campbell ventured out and with a screw driver and a few assorted other tools on hand plus a nitrogen charged hose. He went to the base of the Redstone, and opened the service hatch to the engine compartment. Connecting the pneumatic hose to the LOX valve control port. He then smoothly backed away from the Redstone, and when he was clear enough he ran like the devil to the safety of the blockhouse. Nearby, Zeiler and Fannin were stationed at the auxiliary  pneumatic control panel. From there they commanded an slight flow of nitrogen down the pneumatic hose. That pressure was enough to push the valve aboard the Redstone open. As those two missile men dashed into the blockhouse a huge “wooosh” was heard as the LOX blew out through the vent. In short order the LOX problem had been neutralized as the tank was fully drained. 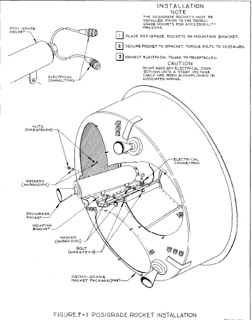 Now the Mercury spacecraft itself had to have its retro rocket package and posigrade rocket motors muted. The three retro rockets were solid fuel rocket motors wired to fire in salvo when triggered. Each of the three retro rockets weighed in at 66.4 pounds and had a five second burn that produced 1,148 pounds of thrust. The posigrades were three much smaller solid fuel rocket motors wired to fire simultaneously in order to separate the spacecraft from the spent booster in space. These rocket motors were basically Atlas retro motors with some upgrades to increase reliability, such as dual igniters. They each weighted 4.8 pounds and provided 420 pounds of thrust for about one second, which was enough to give the spacecraft a separation rate from the booster of 15 feet per second. They burned Arcite 377 propellant. The only way to disarm this system was to short out four electrical pins located behind the spacecraft’s umbilical door and then open the hatch and manually reach inside and throw the switch that would effectively disarm the system. 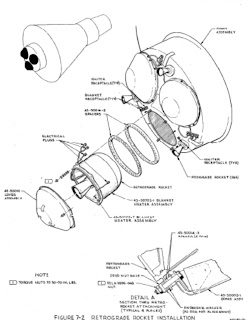 Three more steely-eyed missile men with the right stuff volunteered for the job. Two, Bob Graham and Bob Jones were allowed to volunteer because they were bachelors. The third man to volunteer was Pad Leader Guenter Wendt who, although married with a family, was not going to let anyone else touch that live switch. 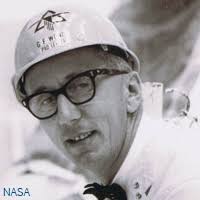 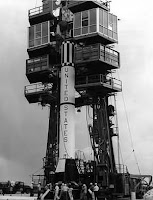 The “A” frame gantry modified with its special two story white room, monkkered “Surf Side Five,” was carefully rolled into position along its rails with Wendt and one of the other two men riding aboard in the white room. Normally this process requires a lot of radio chatter as the self-propelled gantry is moved. Today, however it was radio silence as the third missile man operated the motor controls. They were taking no chances. Once stopped within inches of the spacecraft the men had to drill away the heads of the rivets holding the cover that surrounded the umbilical socket in place. It was like cracking a safe that could blow up in your face at any moment. Once the rivets were all compromised, they removed the plate and Wendt reached in and, as he later put it, worked as carefully as a brain surgeon to short out each of the pins. Next they gingerly opened the hatch and Wendt reached in and disabled the retro package. The MR-1 Redstone was no longer a threat.

If the writers of the TV series wanted drama, this should have been it. Instead we got Gordon Cooper’s wife confronting his ex-mistress in a motel room and von Braun dressing like Santa… even though Christmas was a full month away.

I’ve seen it stated on social media, in defense of the writing, that “…this is a story about the people, not the rockets.” To that I reply, look at the names I’ve presented here- they were people too, and they certainly had The Right Stuff.

By the way folks- the research to find the names of these individuals took me less than 45 minutes.