THE LAUNCH OF SKYLAB 2

The following is an excerpt from my book “Growing up with Spaceflight- Skylab/ASTP.” This material is copyright 2015 Wes Oleszewski and my not be reproduced in any manner without express permission of the author. 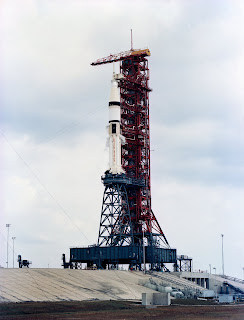 Launch for Skylab 2 was scheduled for 9:00 am Eastern time, May 25th, 1973 and that was a bonus for me as a space-buff. First off, I got my usual parental-granted day off from “school” in order to watch and tape record the launch. Secondly, the launch time was not in network TV’s “prime-time,” and it was also not in their “daytime” broadcast period either. In fact, it was on the tail end of their morning news block and this was, indeed, “news.” Thus, there was plenty of coverage and short segments broadcast on all three networks. CBS started snippets of coverage at 7:00 am on their “Morning News” program. ABC started coverage at 8:30. Leading the pack was NBC, where the launch of Skylab 2 nearly took over their entire “Today Show” program at 7:00 am and “live” coverage began at 8:50 am. NBC’s Roy Neal and Jim Hartz ruled the roost that morning as the broadcast showed the efforts being made to save the workshop. It was clear to the news media that the wounded Skylab was sailing into unfriendly political waters. As the “Today Show” turned into nearly a two-hour, pre-launch broadcast, Jim Hartz ended with a profound observation saying,

“More than just the repair and salvage of Skylab is riding on what the astronauts do in the next two days.”

Indeed, at that point in history America’s space program and Skylab were on the downhill slide in support both in Congress and especially the White House. Any failure in the effort to repair Skylab would likely end the entire effort and the public in general would not give a wink. 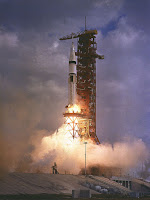 At ignition, Skylab 2 appeared as if it might simply melt away the steel struts of the Milk Stool. Bright yellow-white flames burst through the legs of the giant podium and – unlike all the Saturn Vs, which we had seen held down for nearly nine seconds after ignition – the Saturn IB departed just 3.055 seconds after ignition. Then, a scant 19 seconds after liftoff, AS-206 was swallowed by the overcast. Seven seconds later a range tracking camera picked up the glow of the engine plume and held it for another 18 seconds, and that was the last anyone saw of Skylab 2’s launch. Walter Cronkite commented,

“…I don’t think ever before has any launch disappeared quite so quickly and quite so completely…” and he was correct. 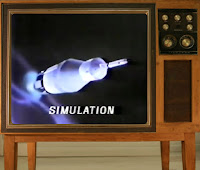 “Tower, Houston...” Mission commander Pete Conrad was ecstatic in his first call as AS-206 cleared the tower, “...Skylab 2, we fix anything, we got a pitch and a roll program!”

A few seconds later he exclaimed, “Boy is that a smooth ride!” 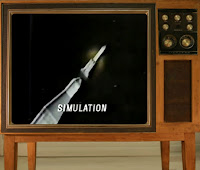 Being a veteran of the Saturn V boosts, the first stage of which was described as a runaway train wreck, Conrad’s words were a tip of the hat to the von Braun team at the Marshall Space Flight Center who had developed the Saturn I and IB during the early 1960s. 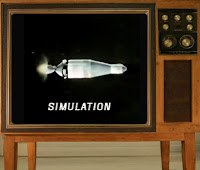 However, after having been in storage for a half-decade, AS-206 produced about 0.88% less thrust than predicted; the exact predicted thrust was 1,642,995 pounds and the actual thrust was 1,628,516 pounds. No matter, the S-IB first stage did its job and then staged nicely to the S-IVB, which burned for a total of 440.4 seconds. That was 2.5 seconds longer than predicted and it placed the Skylab 2 spacecraft into an orbit that was 3.927 miles higher in apogee than planned, but easily corrected. 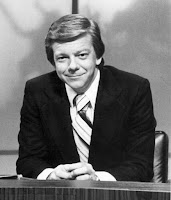 Much to my delight, NBC news used the early morning launch to fill a bit of air time with a pre-recorded “tour” of Skylab. Spaceflight anchorman Jim Hartz did a 12-minute segment showing viewers nearly every inch of the workshop, as well as many of the devices to be used during the mission. This coverage gave me high hopes for the future mission news coverage which, as time would demonstrate, would never come to pass. 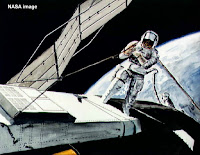 As it turned out, by pure happenstance alone, Pete Conrad was exactly the right astronaut to be commanding that repair mission. Since he was a little kid he had been a hands-on, take-it-apart and fix-it guy to his soul. He loved to do hands-on work, he loved things that were mechanical and needed repair. He was probably a bit tickled that his “pure science” Skylab mission now had this repair mission as a key objective. It was his fix-it moxie that caused him to get under the line that he and Joe Kerwin had attached to that SAS wing, put it over his shoulder and then stand up, forcing it to break the SAS wing loose. That was not something they had trained to do. That was pure Pete Conrad and it saved the entire Skylab program.


Posted by Wes Oleszewski at 11:15 AM No comments: