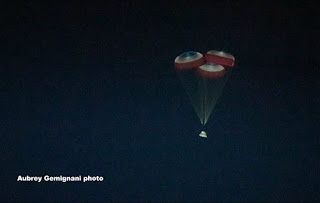 On December 22, 2019 I watched NASA’s live coverage of Boeing’s Starliner CST-100 spacecraft’s reentry and recovery. The vehicle, after suffering an event timer glitch in the initial orbital insertion and thus ending up in a contingency orbit, returned to earth flawlessly. This was a critical step toward the true goal of Commercial Crew- which is to send U.S. astronauts to the ISS from U.S. soil aboard U.S. launch vehicles and spacecraft once again.

Shortly after the landing and successful recovery the predictable social media dribble began and I saw the following comments:

“… NASA PR team haven't learnt [sic] to write notes to each other. First time was amusing, since then it's unprofessional. Every now and then you will hear whispered conversations - like it's dead air, or give a shout out to a team who've been up since 10pm.... Check your feeds and mics....”

“Lots of dead air. Need to work on the PR side of things.”

Here’s a little wakeup call to those of Generation Whatever, from someone who not only grew up with the space program, but who has also been employed to cover manned spaceflight from the KSC Press Site.

NASA PAO (that’s Public Affairs Office for you in Gen. Whatevers ) is NOT there to entertain you. Their job is to present applicable facts to the general public as the mission proceeds. PERIOD!

It is up to us in the media to take that raw feed and try and make it interesting yet accurate.

The problem here, in my opinion, is that the glitzy dog and pony shows put on by SpaceX has blurred the line between what NASA PAO must do and what Elon Musk likes to do during and surrounding a flight.

During the Apollo era no one listened PAO Jack Riley giving mission reports and then complained, “Well he’s no Walter Cronkite.” That’s because they had two differing jobs. The same holds true today. If you’re working at the press site and you want mission audio- they will give you the raw audio, and then it is up to us in the medial to take out the “dead air” and “whispers in the background” and broadcast it to the public. In SpaceX land, however, it’s totally their show. They can have cheerleading crowds of employees shouting and applauding in the background while their hipster commentators chatter between and over CGI video and really cool live onboard video. There is nothing wrong with that. I actually love the onboard video. But, you cannot expect the same thing from NASA. Such is not their job.

Further, it is important to keep in mind that the next step for the commercial crew providers will not consist of launching wheels of cheese, or space suited dummies in discarded roadsters. The next step is far more serious because it involves launching humans into space. This won’t be CGI and if something goes wrong the consequences will go far beyond a rash of bad tweets. They will not be able to just cut the feed and explain away the results on good old social media. Additionally, when manned flight does resume from the Space Coast we’re going to require thoughtful, correct information coming out of NASA as opposed to hip babble and forced smiles coming from the contractor.

Spaceflight is a serious, life and death pursuit and it is not intended to entertain you no matter how SpaceX has come to package it lately. If you do not like it NASA PAO’s way, you would be best served by sitting down with your video games.


Posted by Wes Oleszewski at 7:41 AM No comments: