WELCOME to Wes Oleszewski's Space blog: Growing up with Spaceflight

The Home of the "GROWING UP WITH SPACEFLIGHT" book series

Some people got to experience America’s space program up-close and personal, hands-on, steeped in the excitement of the peaceful advancement of human civilization.

The rest of us had to watch it on TV.

Hello. Wes Oleszewski here and this is my space blog where you'll find cool picture, fun facts and, of course, shameless self promotion of my books.

Growing Up With Spaceflight is a series of print books and e-books that looks back across the years at America's manned space program as seen through the eyes of a kid who went from being semi-interested child, to a rabid space-buff adolescent, to an adult standing in the footprints of the newsmen who brought us all into the world of NASA and spaceflight. That person is, of course, the author of this series of books is ... me... Wes Oleszewski.

If you are seeking a "serious as Gene Kranz" telling of the history of United States manned spaceflight, these are NOT the books for you. If, however, you are looking to be taken back to your own childhood days of watching America's space program, you have indeed come to the right place.

The full series of "Growing Up With Spaceflight" was released beginning in early 2016 and links for obtaining your copy are published here.

The first of the six book series was "Apollo Part 1" simply because it was the first book completed. It was, of course be followed by "Apollo Part 2" because the universal law of books requires that you must follow a Part 1 with a Part 2. Next came "Skylab ASTP" followed by "Space Shuttle." Finally there was "Mercury" and at length, "Gemini."

The "Gemini" and Mercuyt" books in the series does something really spacial. Since the author was real busy flunking the third grade and then repeating that same grade during project Gemini and was too young to recall much about Mercury, his memories consist largely of looking out the classroom window, being hit with a ruler and being publicly chastised for cartooning while not doing his "work."  Thus, he needed help with bringing the Gemini era back to life. That is where those of YOU who also were growing up during Gemini came into the picture. Wes asked for those of you who wanted to share your personal memories of Gemini and Mercury with him to send them into him so he could publish them in the Gemini and Mercury volumes of Growing Up With Spaceflight. So those two volumes contain the memories of other space-buffs as well as those of the author. And some of your memories are REALLY cool. 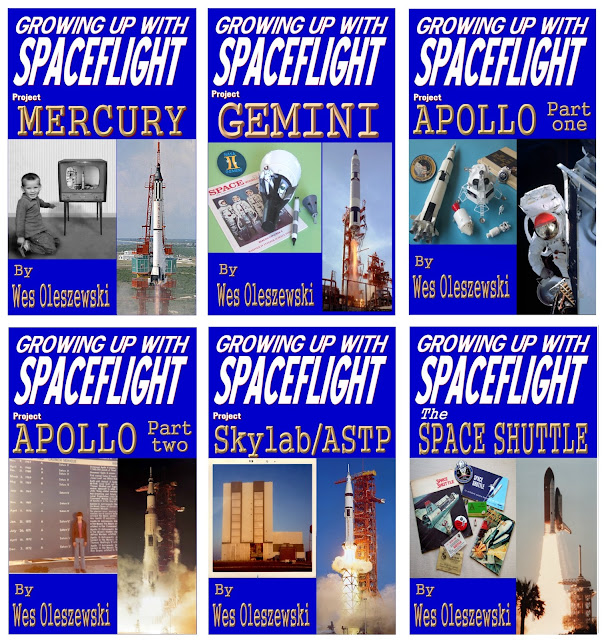 Author W. Wes Oleszewski was born and raised in mid-Michigan and spent most of his life with an eye turned toward aviation and spaceflight with an occasional side-track toward the Great Lakes. Since 1990 he has authored 17 books on the subject of Great Lakes maritime history, specifically shipwrecks and lighthouses.
Now he has turned his attention and writing talents toward spaceflight.
Noted for his meticulous research, Oleszewski has a knack for weeding out the greatest of details from the most obscure events and then weaving those facts into the historical narratives which are his stories. His tales of actual events are real enough to thrill any reader while every story is technically correct and highly educational. Oleszewski feels that the only way to teach history in this age of computer and video games is through “narrative.” The final product of his efforts are captivating books that can be comfortably read and enjoyed by everyone from the eldest grandmother to the grade-school kid and future pilot, or historian.

Born on the east side of Saginaw, Michigan in 1957, Wes Oleszewski attended public school in that city through grade nine, when his family moved to the town of Freeland, Michigan. In 1976 he graduated from Freeland High School and a year later entered the Embry-Riddle Aeronautical University in Daytona, Florida. Working his way through college by way of his own earned income alone, Oleszewski graduated in 1987 with a commercial pilot’s certificate, “multi-engine and instrument airplane” ratings as well as a B.S. Degree in Aeronautical Science. He has pursued a career as a professional pilot as well as one as an author. He holds an A.T.P. certificate and to date has filled more than three logbooks with flight time most of which being in airline category and jet aircraft. Recently he gave up the life of a professional aviator and now enjoys his job as a professional writer. 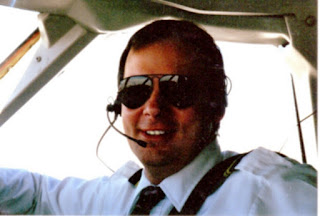