The following are excerpts from Wes Oleszewski's book "Growing up with Spaceflight, Apollo Part Two" It is protected by copyright 2015 Wes Oleszewski, no part may be reused without the author's permission- publication here does not imply such permission.

Saturday’s EVA started around noon and to my delight all three networks were covering the events a bit more completely, probably due to the fact that weekend daytime programming was easier to pre-empt than the weekday programming. Also to my approval was the fact that my entire family was now gone to the Civic Center and the rodeo. As Mom worked in the concession stand and Dad sold programs little brother and sister wore cowboy hats and tried to look western… I guess. Such big events only came to the arena a few times each year and, again, that one month delay of the Apollo 16 mission back in January had worked out to my advantage. While my kin folk were away playing cowboy, I was at home watching the moonwalkers and playing Descartes Highlands on our living room carpet— life was as it should be for a space-buff.

EVA number two saw the crew making the maximum use of the LRV as they headed uphill toward South Ray crater. The crater itself was not the objective of the excursion, instead they were to stop at points where the rays from the crater crossed their path and sample those areas. It did not take long to conclude that these bright rays consisted mostly of large blocks thrown out by the impact that created South Ray itself. Through the day there was clearly more TV coverage than there had been on Friday. CBS even kept with the mission as the crew drove between sampling stations 5 and 6 and then again between 6 and 8 while the camera on the LRV was turned off. The slopes were steep, the blocks were big and often fractured. Finally, upon returning to the landing site with a 10 minute EVA extension, the crew got some additional ALSEP work done before getting back into the LEM. Both the crew and Mission Control were highly satisfied with the EVA and I was a great deal more satisfied with the TV coverage- at least there were no soap operas involved.

Following the second EVA I went to bed with the hum of the lunar communications background noise echoing in my ears. The next day’s EVA would be the last for this mission and would take the crew up the steep side of North Ray crater and right up to the rim. I tried to imagine how amazing it must be for them to be inside the LEM at that same moment- looking forward to another adventure tomorrow morning. I wondered how they could possibly sleep. 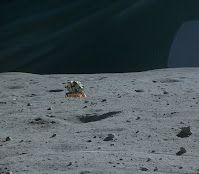 “Hell,” I thought, “I’d have been up with my nose plastered to the LEM window if I were there.”

I could hardly sleep here on Earth just imagining the whole experience. What I did not know was that both John Young and Charlie Duke had climbed into their hammocks inside Orion and slept like someone had smacked them in the head with a hockey stick- they were exhausted.

Sunday’s EVA started at 10:25 in the morning Lexington Drive time. This traverse was scheduled to be two hours shorter than the first two EVAs in order to accommodate Orion’s lunar liftoff that was to take place at 8:26 pm. The abbreviated EVA was the result of the late landing, but everyone, including us space-buffs, knew that it was better to have that short EVA than to lose it completely like we had feared Thursday evening.

Once more, the rest of my family was down at the Civic Center at the rodeo and I had the house all to myself. Aside from a short bulletin stating that all was well, TV coverage of the EVA did not really begin until the crew got all the way up to station 11 on the rim of North Ray- nearly two hours after the EVA had started. Rats! Nothing to do until then, thus, I decided that my living room carpet was just not cutting it as a simulation of the Descartes Highlands. So, I went outside to make my own moonscape. Our above-ground pool had suffered some ice damage to the liner over the winter and my Dad had to take the pool down until we could get a new liner for the summer. Now our backyard had an 18-foot diameter sand pit where the pool was supposed to go. It was the perfect place for a lunatic 14-year-old to build a model of the Apollo 16 landing site. 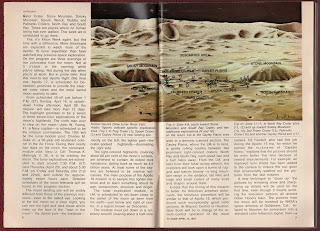 After two days of watching the mission coverage I had a pretty fair idea of what the Descartes site looked like and I also had the image of the landing site that had been published in TV Guide; so I went to work. With my TV Guide at my knees I was almost done making my Descartes in the sand by the time the real EVA reached North Ray. I was busy sculpting that area when I heard a man’s voice speaking over the top of the stockade fence that surrounded our yard.

“What in the world are you doin’?” the voice asked.

It was my older cousin Tommy, who was a Saginaw City police officer. 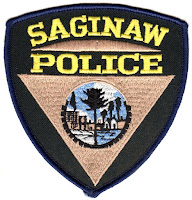 I told him I was making the Descartes Highlands where Apollo 16 was right now.

I explained that the astronauts were there right now.

“They’re right about here now.” I said pointing toward the southern slope of my version of North Ray crater.

He just shook his head, snickered and looking down, he said that my parents had asked him to drop by and check up on me.

“Okay,” I just shrugged and agreed.

On the Saturday immediately following the Apollo 16 splashdown I was indeed forced from space-buff euphoria into the cold hard reality that Apollo 16 was really over. That was when my Dad discovered the moonscape that I had sculptured out of the spot where our backyard pool was supposed to reside.

I was handed a rake and ordered to “level it.”

My Dad had a saying that, “The mess you make is the mess you clean up.”

He shot that one at me.

“It’s not a mess,” I told him, “it’s the Descartes Highlands of the Moon.”

Without missing a beat Dad replied, 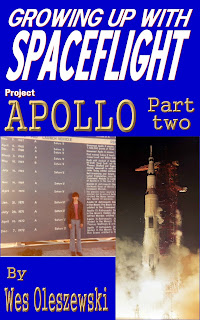 Posted by Wes Oleszewski at 1:10 PM