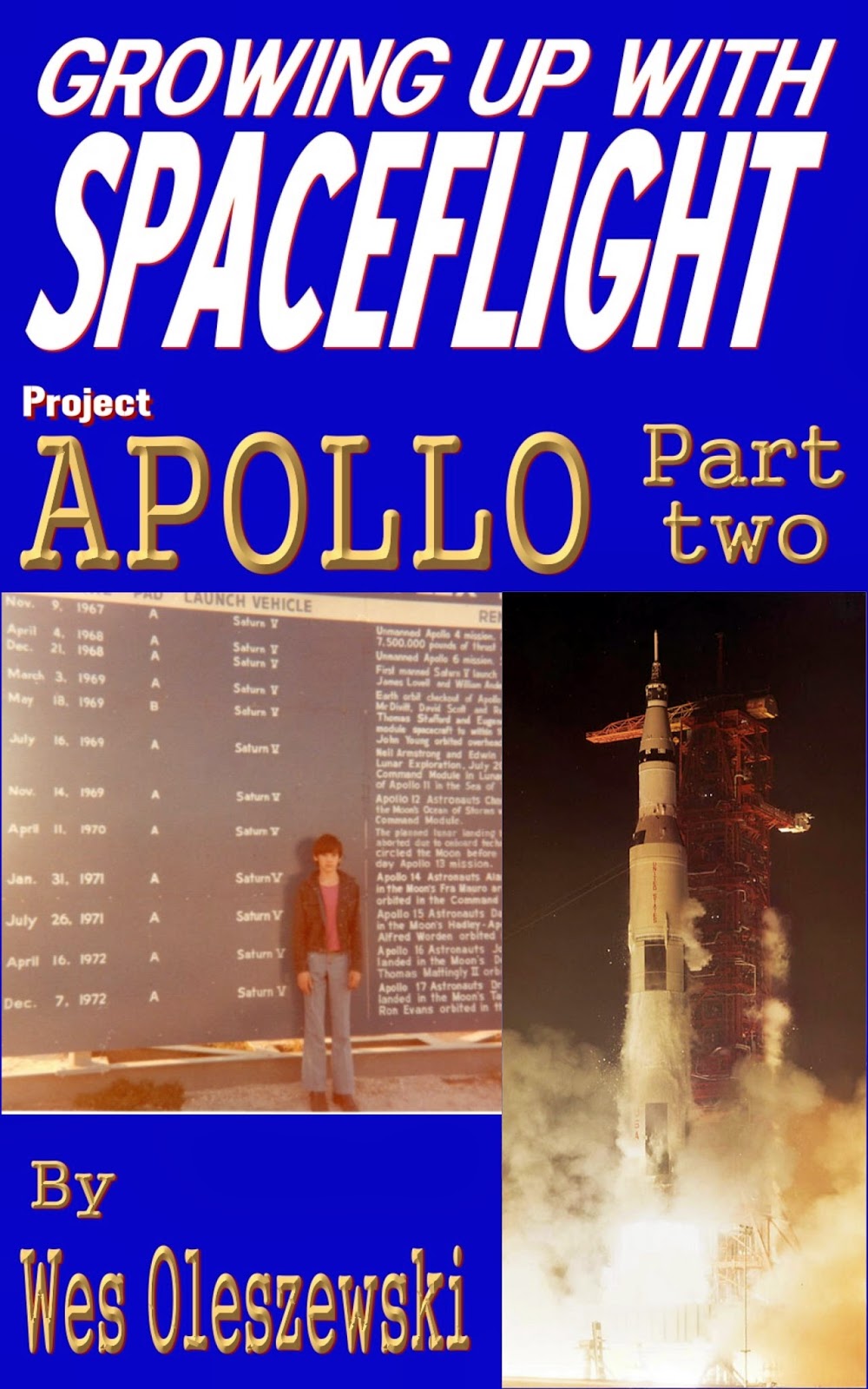 Get it in prit, autographed and personalized here:
APOLLO PART TWO
Or... in e-book here:
APOLLO PART TWO
"Apollo Part 2" picks up with Apollo 14 and takes you through Apollo 17 with the author, now in Junior High School attempting to cope with having to attend, what he calls, the worst school in the universe. The secret; when commotion breaks out in the classroom, pull Apollo over your head like a blanket. Still, he seeks a way to preserve the Apollo missions for continued consumption and his method of doing so becomes the use of cassette audio tapes recorded from the family TV set.

Doing thousands of landings on the living room carpet with model LEMs, his family thought he was strange, but how many of you did the same thing?

If you were born after Apollo, this is your chance to get a good look at what it was like to grow up in that era- and it is NOTHING like Hollywood tends to portray it.

Posted by Wes Oleszewski at 9:56 AM