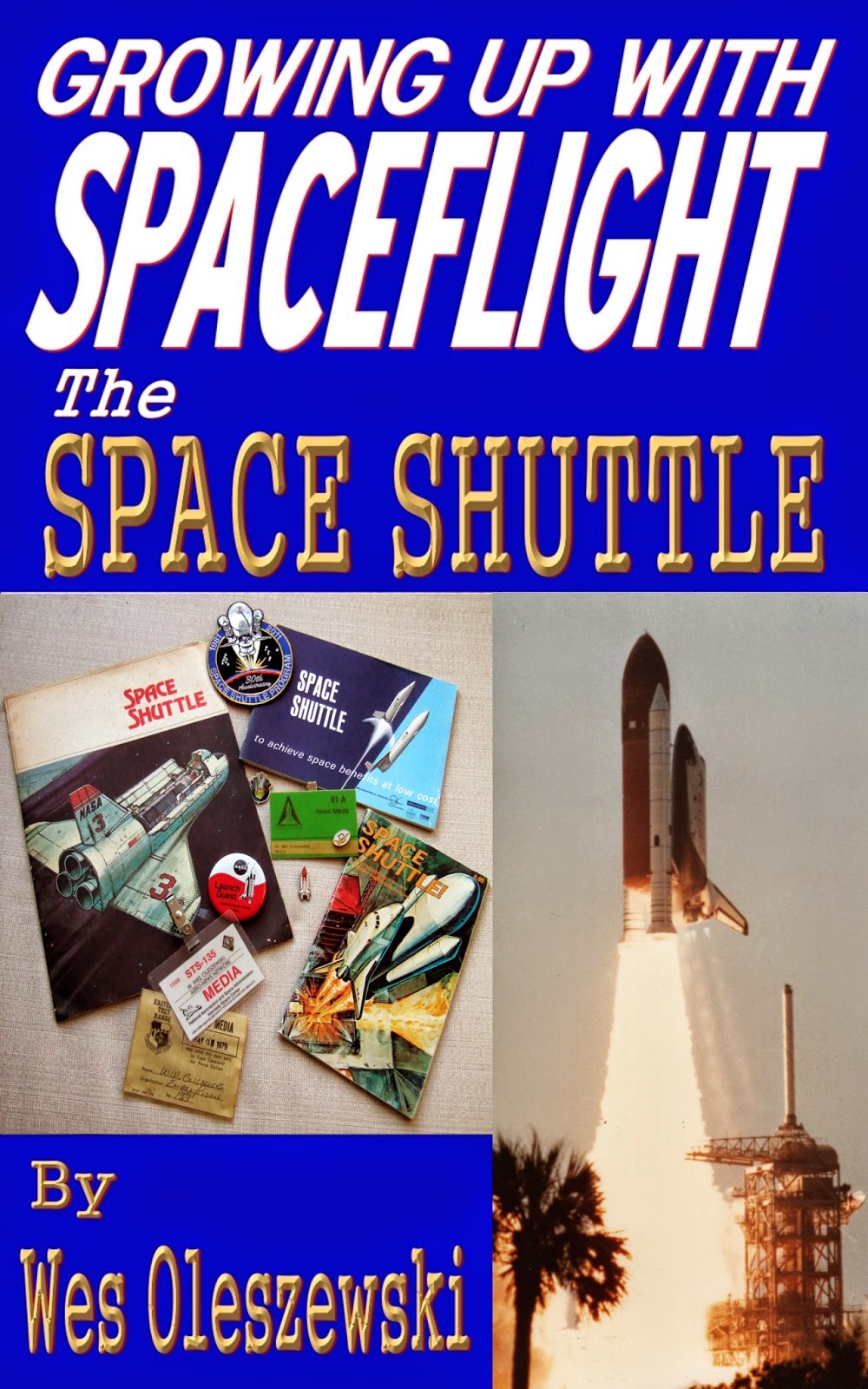 Get it in print, autographed and personalized here:
Growing up with Spaceflight- Space Shuttle

Or on Amazon here:
Growing up with Spaceflight- Space Shuttle

"Space Shuttle" takes you and the author from sitting in his basement "room" on August 12th, 1977 watching the shuttle ENTERPRISE make her first glide flight at Edwards, to camping out all night on the riverbank in Titusville, Florida waiting to see the first shuttle, STS-1, launch in 1981, to covering the final flight of the shuttle program from the press site 30 years later.

As an eye witness to that program, the author always kept in mind the millions of you out there who had no choice other than watching it on TV. Now you'll stand with him and witness the first shuttle launches, and the final launches. You'll also witness the loss of the CHALLENGER, because there are simply some moments in history that the human eye cannot un-see.

The shuttle was a glorious program that America made a mistake by ending.