This is the section for assorted cool videos and stuff

Some folks post their cool photos, videos and drawings on FaceBook,  but there is a catch. You see when you post a photo on FaceBook you give licence to everyone else on that site to use your photo any way they wish anyplace on that web site. I prefer to control my own photos. So, you are welcome to see my cool photos and stuff here... where I still own them. All photos and images here are copyright Wes Oleszewski and all right are reserved.

"SHERIDAN PARK, WE HAVE A PROBLEM!" 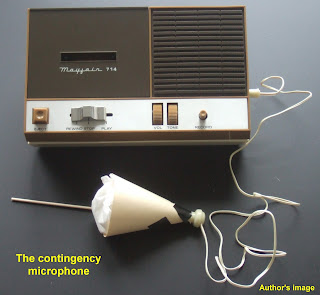 (From Growing up with Spaceflight- Apollo Part Two")

"Late into the evening prior to launch-day I decided to do a flight readiness test of my recording equipment. Suddenly- A GLITCH! My, or rather- my sister's, external microphone had failed! This was before they started putting built-in microphones on recorders- so I was really screwed. It was 9:45 at night- there wasn't a store in the Saginaw Valley that was open- especially not one with a microphone. Worse yet, I had spent my last dime on the tapes! I scrambled for a solution. Wiggle the wires... no use. Tap on it- no good. Take it apart... now it's REALLY busted! Sheridan Park- we have a problem!
Perhaps, I pondered, when the store opens at 9:00 in the morning, I could get there and, after negotiating some sort of a lawns-to-be-cut-later deal with my parents, I could buy a new microphone, and make it back home within the 26 minutes between the time the store opens and the launch takes place... okay... that was nuts. There was no way that was going to happen, just the negotiating the lawn-cutting part with my parents alone was on a par with negotiating with North Vietnam. I sat there looking at the disassembled microphone and I thought "What would Gene Kranz do?" Simple- he'd call a meeting of his engineers and controllers and he would tell them to go out and find a solution to the problem with what they had.
With what they had... hummm...
It was then that the thought struck me that several months back I had accidentally stuck an earphone into the microphone jack and it fit; in those days both had 1/8 inch jacks. And an earphone had the same basic elements to it as the microphone that was now laying in pieces in front of me. I knew that because I had dissected plenty of earphones. In short order I was rooting through the family “junk drawers” and had scrounged up an earphone that I had not yet dissected.
I tested it in the microphone jack; IT WORKED!
Sure the sound had a lot of tin in it and some 60 Hz hum, but it recorded! Using a four inch by six inch railroad “pounding card” that Dad had brought home from work, some masking tape and a hand full of tissues I had a microphone that the boys in the backroom at Houston would be proud of. I added a small measuring stick to give me the optimum distance from the TV speaker and I was "Go for the launch of Apollo 15!"
Copyright 2014 Wes Oleszewski- all rights reserved

THE COOLEST OPENING THEME EVER (IMO)
In my opinion the coolest opening TV theme for any Apollo flight was the NBC one for Apollo 15.
So, after more than a decade of searching, I now have a copy of it. Here it is... 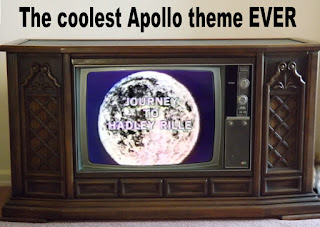 (In keeping with the "Internet Users Who Are Occasionally Dense Act of 2009" we now advise you to click on the video and NOT the picture of the TV set. Thank you.)


By the way... my second book on spaceflight, Growing up with Spaceflight- Apollo Part Two can how be had in both eBook and PRINT! Get your print version today... because this one has Apollo 15 in it, as well as Apollos 14, 16 and 17. 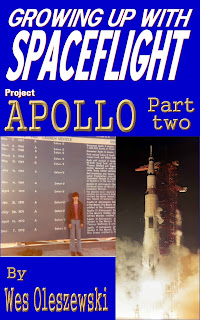 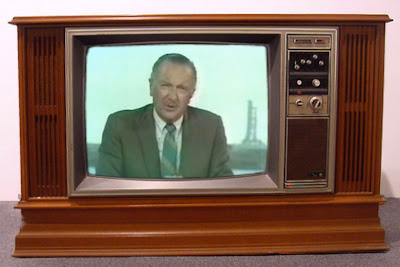 It was a fine summer morning in Saginaw, Michigan on the 16th day of July, 1969 and by nine o'clock that morning, most of us kids had already been outside playing for a while. I had no idea that the events that were up-coming would have a profound effect on my life. Sure, I'd been told a zillion times that history would be made that day, but in the mind of a 12- year- old, that meant little.
There was no escaping the TV coverage of the Apollo 11 mission as all of the networks had been on the air live since before dawn. Bergman did some of his best space savvy droning on ABC in contrast to the outward disdain for the space program presented by Chet Huntley and his otherwise indifferent partner David Brinkley on NBC. Over on CBS they had pulled out all of the plugs for this mission. Cronkite had been teamed up for the first time with astronaut Wally Schirra in pairing that would become nearly as legendary as the flights they would cover.
All three networks ran the standard clips of the astronauts, eating, suiting up and walking out... although a close look at the suit-up video would have revealed that the event shown was actually taped during the Countdown Demonstration Test back in the first week of June. The tell-tale clue to that is the fact that in the "suit-up" footage, the astronaut's suits are missing the Apollo 11 mission patch.
My Mom called me to the TV less than two minutes before Apollo 11 lifted off. At the time I had watched, with a growing kid's interest, all of the previous flights. In my mind, NASA could do anything. Now I stood by the TV and watched as Apollo 11 counted down to zero. The images of the Saturn V roaring to life were now, for me, as familiar as were the images of the ascent and staging. I recall that as Apollo 11 cleared the tower, my Mom said,
"Oh God... they're taking such an awful chance."
Looking at her I said to myself "What chance?" I thought that NASA had this all planned out so completely that every detail was covered. I recall feeling that my Mom's concern just showed that she did not understand how good NASA was at doing this. When the coverage showed Apollo 11 in Earth orbit, I went back outside to play.
I went back to my room that evening and got out my model CSM and LEM that I had built with my remedial modeling skills. I practiced some docking and undocking and did a lunar landing on my bedroom floor. For the first time in my 12 years of life, I recall having the strong desire to find out, not just more, but a lot more about Apollo and spaceflight in general. I wanted to do so before the astronauts, now headed toward the moon, arrived there. 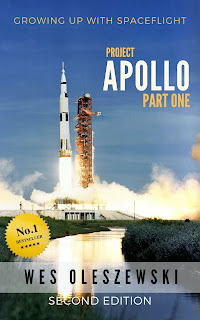 Growing up with Spaceflight- Apollo Part One- print version


Growing up with Spaceflight- Apollo Part One- eBook

A PART OF APOLLO/SOYUZ THAT YOU DIDN'T SEE
This video contains a segment of the Apollo/Soyuz launch day that you probably have not seen. Tom Stafford had a lot of trouble approaching the S-IVB as the sun glare off of the Pacific Ocean was so bright that it blotted out his COAS (Crew Optical Alignment Sight).
CAUTION: This clip is rated "PG" for language- Pilot guidance is advised...


Here is a short video about the fiber optics and the camera pods...

If you like this sort of detailed stuff, check out my book series "Growing up with Spaceflight" 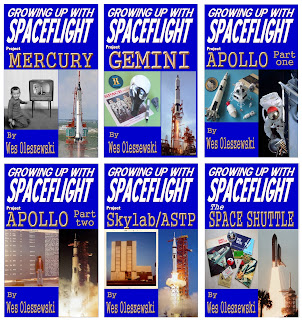 You can't miss 'em, they're shamelessly splattered all over this blog.
Growing up with Spaceflight

"Don't you ever bring that book to this classroom again!" 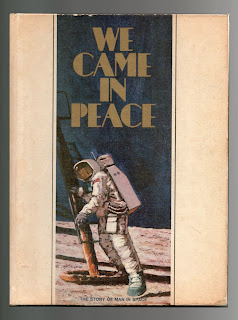 This is a sample from Growing up with Spaceflight- Apollo Part One:

"Several weeks after the Apollo 11 splashdown, my Dad stopped into a Gulf station for gas. He came back from paying and he handed me something- it was a book. When I opened that book, titled "We Came In Peace," it was as if someone had injected liquid hydrogen into the sparks of my new-found spaceflight passion. Even looking at the publication today, it is likely one of the finest illustrated and composed presentations of the nuts and bolts of the effort to get to the moon and space in general that had ever been produced up to that time. Yet, it was sold at gas stations! All of the other spaceflight books in my school’s library were illustrated with early representations of von Braun’s 1950s exploration plans or Project Mercury missions with looks “forward” to Project Gemini, but this book was about Apollo and it was up-to-date. The book was free if you “filled up,” but my Dad rarely filled the car up with gas. Instead, along with his “dollar’s worth” of gas that he normally bought, he probably paid the full price for the book; that price was one dollar.
I lived in that book to the point where my sixth grade teacher told me never to bring it to school again."


Here is the CBS opening for Apollo 15 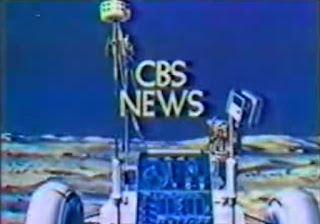 Here is the CBS News intro for the Apollo 15 mission:

My story of the Apollo 15 mission can be found here; in Growing up with Spaceflight- Apollo Part Two. The book can be found exclusively on Amazon Kindle.