COULD SNOOPY LAND ON THE MOON? 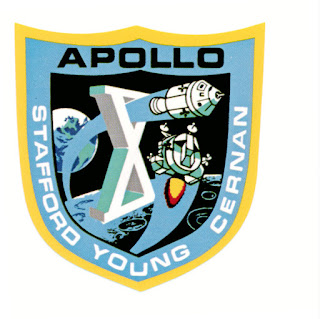 No matter when the subject of Apollo 10 comes up, space-buffs always seem to ask the question as to if or not the Apollo 10 crew could have landed on the moon and been first. 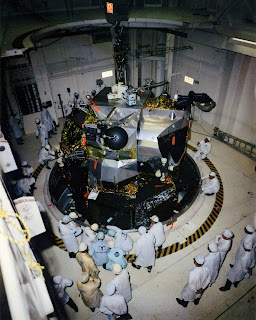 Dubbed the “dress rehearsal” Apollo 10 was much more; it was a critical step toward mankind’s first landing on the lunar surface. The media, however, seemed relentless in their efforts to portray Apollo 10 as an excess step leading up to Apollo 11. Even the use of Pad 39B was slanted as somehow being frivolous. The fact was there were plenty of navigation, communication and hardware issues that needed to be explored and solved before a landing attempt could be made. Even Cronkite speculated that considering Stafford and Cernan were going to be just 50,000 feet above the lunar surface, perhaps they may be tempted to. “…just ease her down and be the first ones to land…”

Thus, to this day the question is still batted about as to if the crew could have "pulled a fast one" and just landed SNOOPY and the correct and simple answer is, "No." 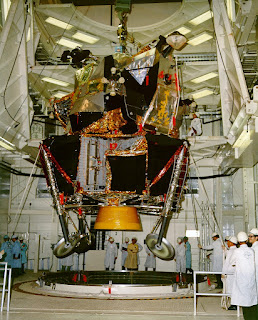 The cold hard fact was that SNOOPY, LEM 4, which the crew would be flying, had not gone through Grumman’s Super Weight Improvement Program also known as SWIP. That program saw NASA offering a bonus of $10,000 for every pound that could be scrubbed off of a LEM. Of course that meant that a clever Grumman engineer could have made a cool $1.85 million if he could have figured a way for Stafford to not take Cernan along. The first vehicle to go through SWIP was LEM 5 that would fly on Apollo 11. So, the Apollo 10 LEM was actually too heavy to lift off from the lunar surface and make it into any sort of orbit where it could rendezvous with a CSM. 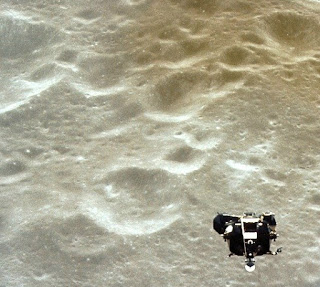 Additionally, the computer in LEM 4 was not programmed for the landing. This was mainly because the full landing procedures had not yet been written. Additionally, the Moon's mass-cons, or mass concentrations of material that cause a sort of gravity lump and certain areas, were not fully understood and how they may effect the approach trajectory needed to be studied. 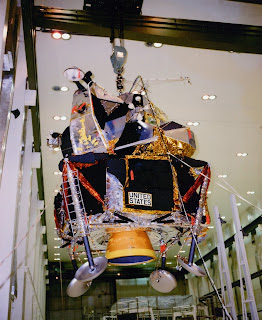 Finally, SNOOPY's ascent stage was shorted on fuel. This was not an effort to prevent those pesky astronauts from pulling a fast one- rather it was done so that the ascent stage would have exactly the same mass as Apollo 11's ascent stage on its trip from 50,000 feet to rendezvous with the CSM. Again, this was to simulate the same conditions as the lunar landing mission.

Growing up with Spaceflight- Apollo Part One

All of that piled onto the fact that humans had only flown to the moon once prior to Apollo 10. This would make a landing attempt on that flight look like pure madness and speculation about such a thing actually sounded like nonsense. Yet still the media speculated on a sneak landing. Cronkite reported that whenever Stafford was asked the question about being tempted to "just ease her down" he, "always had a twinkle in his eye as if he was really planning to do something like that." Of course Tom Stafford has always had a twinkle in his eye normally.

Posted by Wes Oleszewski at 1:46 PM