Ever wonder why the Skylab mission patches and the mission number don't seem to match? Well here's the complete explanation quoted from my book "Growing up with Spaceflight, Skylab/ASTP" 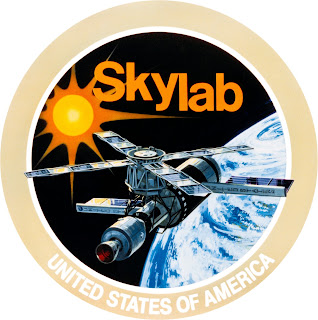 When the missions for Skylab were first being finalized it had been decided that the launch of the workshop would be called “Skylab I” and the three crew launches were to be given monikers of Skylab II, III and IV, or SL-2, 3 and 4.

As the program progressed, however, someone in NASA management decided to re-designate the manned missions as SLM-1, 2 and 3. Thus, when it came time to make the mission patches there was some confusion as to which number should be applied to which mission. The crews were told that they should use 1, 2 and 3 to designate their individual missions and the process moved ahead with artwork being done for patches and stickers all using 1, 2 or 3. 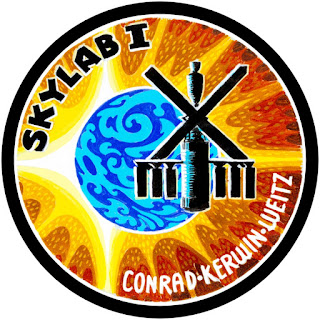 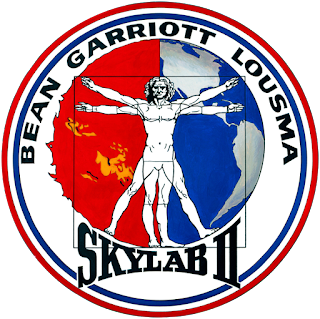 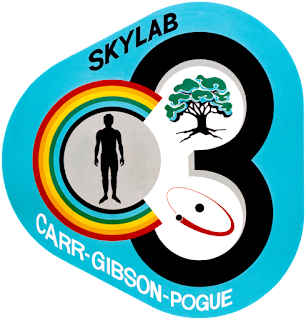 As launch dates drew near, NASA management, of course, decided to change that decision back, drop the “M” from the manned missions and, again, number the Saturn V launch as “Skylab-1” and the manned flights as 2, 3 and 4.

Unfortunately, it was far too late for the mission patches and other items already branded with those numerals. So, Skylab 2 launched with a patch that said “I” and Skylab 3 launched with a patch that said “II” and so on. This confused the hell out of the news media as the Skylab 3 launch approached. They were given a press kit for the second manned mission that said “Skylab 3” on it, but were given mission patches, stickers, mugs, and assorted other mission items that said “Skylab II.” They did not know what in the world to call the mission! NASA, however, managed to side-step the problem by simply referring to the mission as “Skylab.” You may note that in this text we will use the original designations of Skylab 1, 2, 3 and 4. In aerospace it is always simpler to avoid management decisions in the first place.


By the way, the wives of the Skylab 3 astronauts had a secret mission patch of their own created that spoofed the one that their husbands were wearing. 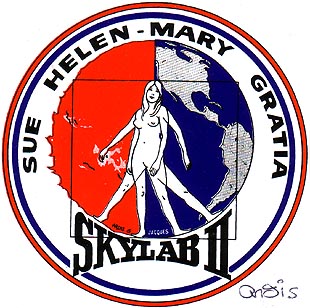 Posted by Wes Oleszewski at 8:42 AM